SS Alban and Stephen Catholic Junior school was the first school to participate in Idling Action St Albans new partnership campaign being run by Friends of the Earth together with St Albans District Council. 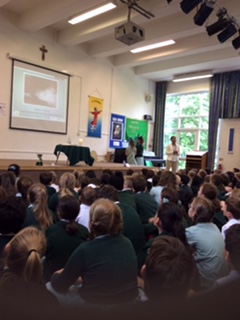 On the morning of our special Idling Action Assembly there were 240 Key Stage 2 children with 20 parents to listen in our messages about Air Pollution and anti-idling. Local environmental educator Ruby Raut led the session which took place a few days before National Clean Air Day on the 15th June and pupils were encouraged to use bikes or walk to school to celebrate the day.

The assembly was an interactive session using play cards to embed the key messages about idling and air pollution. Ruby said “The children were very keen and asked lots of questions after the session. It was also great to have the parents interested as they are the people who will carry the message on to other parent drivers“.

The campaign will return to the school at drop-off time to talk to parent drivers about why they should switch off for cleaner air. ‘It will be a change to teach our parents about air pollution coming from cars” commented one Year 5 student after the session. 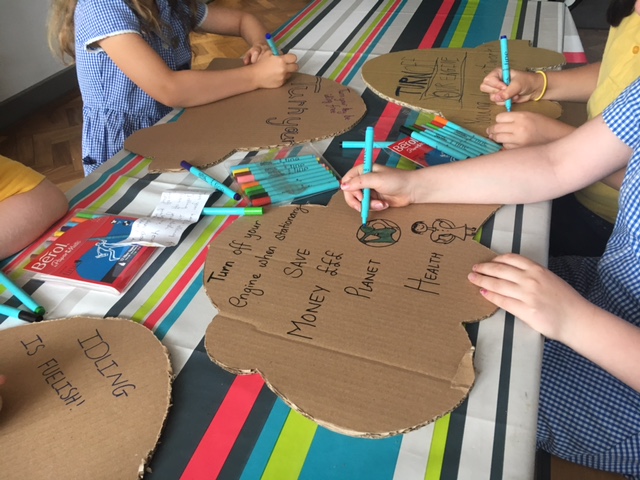 Idling Action St Albans will be taking its campaign to a number of local schools, both primary and secondary over the next few weeks.

The campaign is also aimed at drivers in the community and will have stalls in St Albans market on Sat 8th July and Sat 5th August.

View all posts by gf